The Emmons-Macey Funeral Home reflects a long scope of service in Lawrence County history. The birth of the business began with its founder Lyman W. Emmons, who was born March 5, 1885, the son of Redmond and Durinda Shinn Emmons. 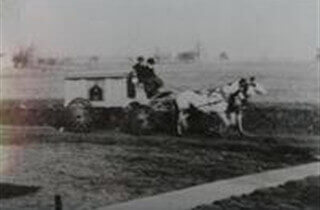 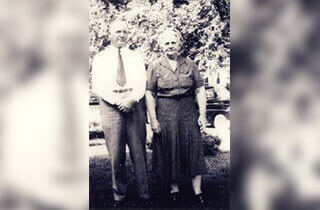 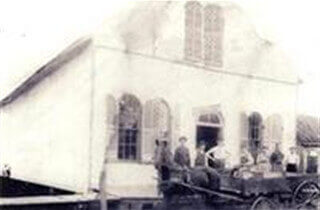 The Emmons Funeral Home tradition began in 1906, when Lyman opened his first funeral parlor in Birds, IL. In 1909, Lyman moved the funeral home to the east side of the Lawrenceville square. The Emmons' strived to bring about the highest quality of service to their families.

A few years later, Emmons purchased a building on north 11th Street and remodeled this facility to make it one of the most modern funeral homes of its day. In the year 1917, Lyman decided to leave the funeral business to pursue other business endeavors. His stock of caskets and equipment he then sold to Clyde King.

In 1927, Lyman felt the need to return to the funeral business. He bought out the firm of Gray Brothers and began service on North 12th Street . A purchase of the old Dr. J.W. Connett Sanitarium on South 11th Street was his next place of business. Extensive remodeling was done to this four story, 30 room building, until it became one of the finest funeral parlors in the area.

In 1937, Charles Emmons joined his father in the Emmons tradition. 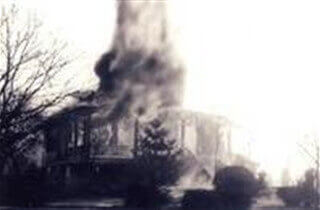 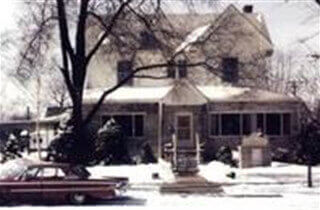 On the morning of February 24, 1944, fire destroyed the building and all of its contents. The Emmons Funeral Home was once again relocated to the Old Applegate Home which was built in 1910. April 1, 1944, the business was relocated to its present location on the southwest corner of 12th and Washington Streets.

On the morning of March 9, 1955, Lyman and a friend Frank Bray suffered fatal injuries when they were struck by a train north of Pinkstaff, IL

Charles continued to own and operate the business with his mother Marjorie. During those years, some of his sons worked closely with him in the business until they chose other careers.

In October 1965, Mike Macey, the son of Joseph and Mary Macey of Marshall, IL, began working for Charles. In July 1974, Mike and his wife Karole bought an interest in the funeral business.

In July 1982, Mike purchased the Sivert Funeral Home in Sumner, IL from Charles and Velma Sivert. This allowed Mike and his staff to serve both the east and west sides of the county.

In 1986, Shannon Steffey began working for Charles & Mike. Shannon, the daughter of Wendell & Floye Steffey of Birds, IL, is a 1989 graduate of Vincennes University. She is married to Donald Decker.

Charles, who had been active in the funeral business for his entire life, still continued to take an active part in serving families until his death on April 29, 2000.

The present day staff includes two licensed funeral directors: Shannon Steffey & Trevor Seed. Trevor, a native of Lawrenceville is a 1993 graduate of Vincennes University . He has been with the funeral home since November of 2001.

Vonda Arthur came to work in April of 2000, where she served as secretary. She is now semi-retired, but continues to work as a funeral assistant.

Lindsey Sechrest works on staff as an administrative assistant.

The tradition the Emmons family began in 1906 still continues today.

A year of daily grief support

Our support in your time of need does not end after the funeral services.  Enter your email below to receive a grief support message from us each day for a year.  You can unsubscribe at any time.